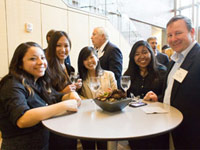 In early March 2013, over 60 members of the Association of American Universities attended an event at UCI. These university presidents and chancellors were able to tour the CalPlug facilities and see project demonstrations from CalPlug’s student researchers.

The event started off with a reception in the Calit2 atrium. Tours of eHealth, CalPlug and the UC Center for Hydrologic Modeling immediately followed. VCR Hemminger introduced Chancellor Drake, as well as short introductions for Dean Hal Stern, GP Li, Jay Famiglietti, Kathy Eller, Kate Kilmow and Sophia An. The event was then concluded after dinner was served. 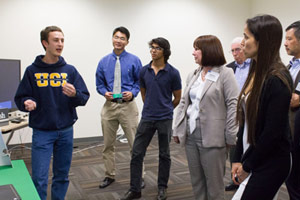 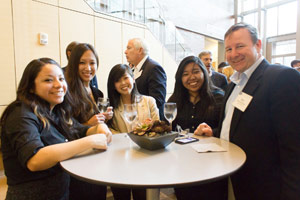 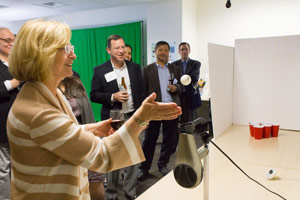